South Melbourne FC has announced that Westfield Matildas legend Melissa Barbieri will join the club for the NPLW Victoria 2021 season.

Barbieri is an iconic name in Australian football, having featured for the Westfield Matildas in 86 competitive matches.

During her time in the green and gold, Barbieri captained the Westfield Matildas to the AFC Women's Asian Cup 2010 triumph and has represented Australia at four FIFA Women's World Cups.

Barbieri has played a prominent role in the Westfield W-League, winning the goalkeeper of the year on numerous occasions and most recently was part of Melbourne City's Championship winning sides in 2017, 2018 and 2020.

At the peak of her game, Barbieri was one of the finest goalkeepers in the world and, alongside South Melbourne Hall of Fame member Lisa De Vanna, has been a role model for Australian female footballers for many years.

Barbieri began her career at Middle Park in 1994 as part of the South Melbourne women’s side in the outfield prior to finding her calling as one of the game's premier shot-stoppers.

South Melbourne Senior Coach Samuel Young expressed his excitement at having the Football Victoria Hall of Fame member on board for the coming campaign.

"Melissa is a born leader and an icon of the game, so we are naturally very pleased to have her join the squad in 2021," he told smfc.com.au, "As well as being a huge asset for us on the park, she will use her vast experience to work with and assist our younger players to continually improve.”

“South Melbourne always strives to have the best people involved in the club and when it comes to women’s football," she explained.

"The club strives to be at the top of the women’s game in this country, so to have a person of this quality around the club is something that excites us all.”

South Melbourne won the NPL Women's Victoria Premiers-Champion double in 2017, and were also crowned Premiers in 2018.

The club commences its NPL Women's Victoria 2021 campaign on Monday, April 12 away to Bulleen Lions. 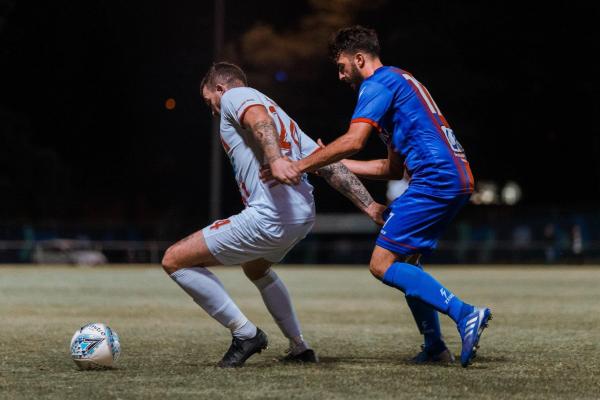