The WA football community will come together on Saturday, 18 January for a charity match as large areas of the country continue to battle bushfires.

Football West is working closely with other Member Federations and Football Federation Australia on a number of initiatives to raise funds and support the community through these difficult times.

The game between an NPL All Stars XI and a State League All Stars XI will take place at Perth SC’s Dorrien Gardens on Saturday, January 18.

Kick off will be 7pm, with Football West donating money from the event to Rural Aid as part of the Football For Fire-Affected Farmers, Their Families And Communities initiative.

Football West CEO James Curtis said it was an opportunity for WA football to offer its support in time of adversity.

“You can’t help but be moved by the devastation from the fires over east and the challenging conditions in parts of WA,” Mr Curtis said.

“Our hearts go out to everyone affected by these fires, which are unprecedented. We want to provide our support for those affected.”

Football West would like to thank the players, clubs, presidents, match officials and standing committee members who have got behind the initiative.

Admission for the match will be by donation while there will also be a prize raffle. 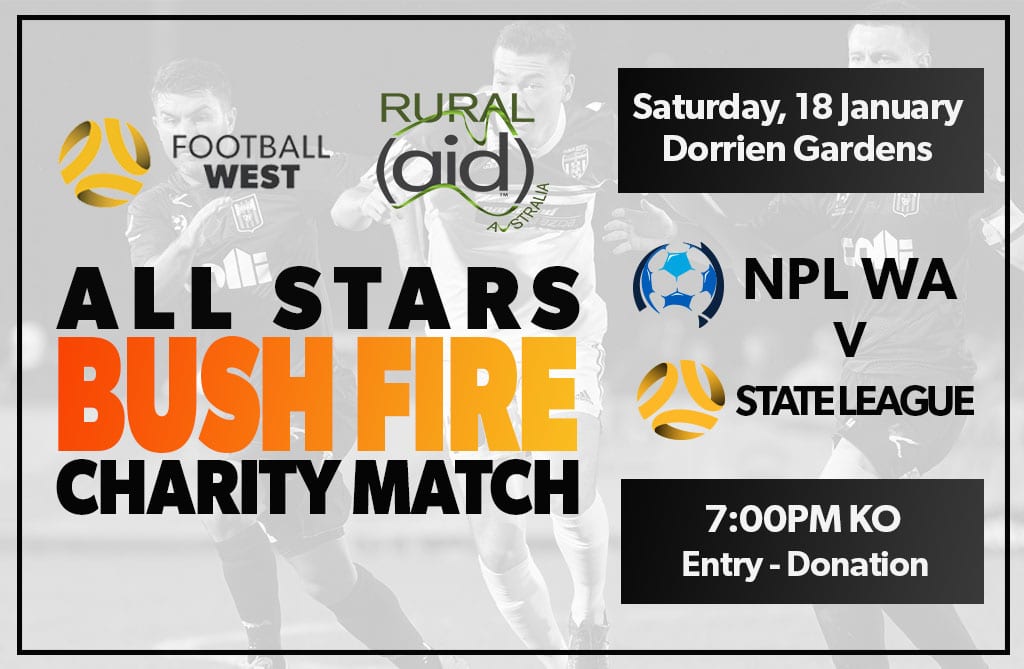