Archie Thompson, one of the biggest names in the Hyundai A-League, will join PS4 NPL outfit Heidelberg and is likely to make his debut on July 3 at home to Northcote, it’s been confirmed today.

The former Melbourne Victory superstar was released from the Victorian powerhouse at the end of last season after a decade of glory with the Big V.

He is now set to play an indeterminate amount of games for the ambitious Melbourne club during the A-League off-season.

However it’s understood the 37-year-old former Socceroos striker is said to be in frame for a move to another A-League club or one in Malaysia in the coming months.

It will be a coup for the PS4 NPL club who will benefit from the signing just as much off the pitch as on it.

Thompson, in his new Heidelberg shirt, will be unveiled at the club on Wednesday. 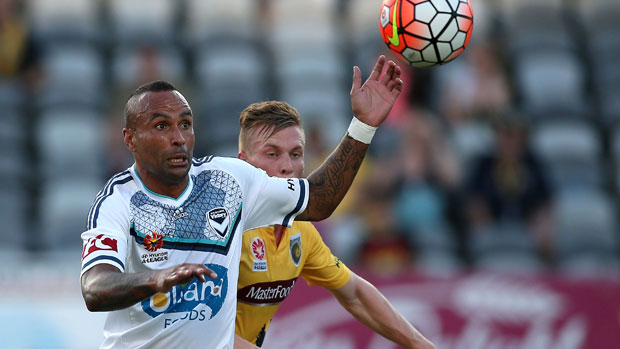 The club is out of the Westfield FFA Cup but is third on the ladder in Victoria.

United has four home games left and it’s hopeful that Thompson can play in all those home games.

This is not the first time Heidelberg has brought a huge name to the club in recent times with Greek international Kostas Katsouranis signing off on his career with the club last year in the FFA Cup.