Strikers and Jets to meet in Grand Final showdown

One club will get its first taste of PlayStation 4 NPL Queensland Grand Final glory after Brisbane Strikers and Moreton Bay United both won through to the big dance.

Strikers were forced to fight from a goal down before ultimately securing the win in the 101st winner courtesy of defender Chris Maher’s maiden PlayStation 4 NPL Queensland goal.

Earlier Lyndon Dykes edged the Red Devils ahead late in the first half before Strikers forced extra time via a penalty from Scot Coulson with thirteen minutes remaining.

The result marks the first time Strikers have defeated Redlands in PlayStation 4 NPL Queensland this season. 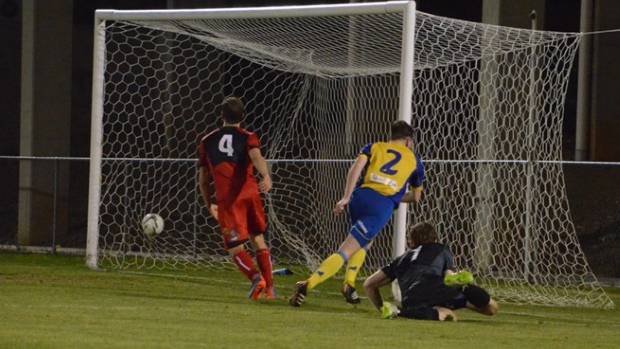 A pair of late strikes from Joseph Champness and Royce Brownlie dramatically wrapped up the win for the PlayStation 4 NPL Queensland 2015 Premiers in the dying stages of a hard-fought Semi Final contest.

The scores were locked at a goal apiece prior to the Jets’ match-winning surge, with Jackson Hall’s second half opener cancelled out by Olympic Strikers Tim Smits with a quarter hour remaining.

The result means Olympic miss out on the PlayStation 4 NPL Queensland Grand Final for the first time - the club contesting the previous two instalments of the end-of-season showpiece.

Wet weather in the Sunshine State played havoc with the opening round of the National Premier Leagues, with just two matches going ahead in Queensland. Peninsula Power did not let a change of venue to Caboolture affect their concentration though as they made a winning start to