The top two sides from PlayStation 4 NPL Victoria will meet in the 2015 Grand Final on Sunday 13 September 2015 after prevailing in their Semi Finals.

South Melbourne won its semi-final against Pascoe Vale 3-2 after extra time on Friday night, while Bentleigh Greens won the other semi-final 2-0 against Hume City.

A dramatic late winner from South Melbourne captain Michael Eagar has seen them defeat Pascoe Vale 3-2 to book a place in next Sunday’s PS4 NPL Victoria Grand Final against the Bentleigh Greens.

The two sides could not be separated after 90 minutes at Lakeside Stadium on Friday night with normal time finishing 1-1, with extra-time having to decide who would advance past the semi-finals.

Pascoe Vale took the lead in the first-half of extra-time through Davey van’tSchip, but an equaliser from Andy Kecojevic brought it to 2-2 before Eagar popped up with the winner after 119 minutes of thrilling football. 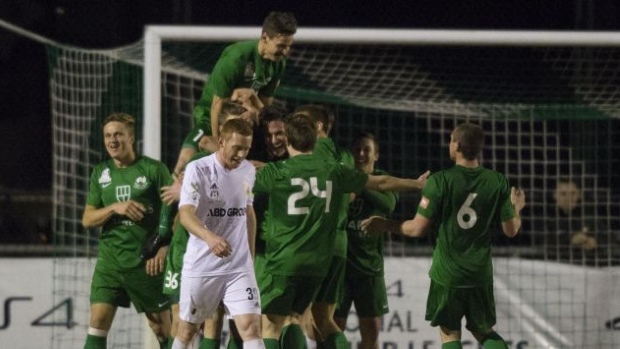 Bentleigh Greens will play in the PS4 NPL Victoria grand final after a 2-0 Semi-Final win against Hume City at Kingston Heath on Friday night.

Having played in the last ever Victorian Premier League grand final held in 2013, the Greens will now play in the first NPL decider after no Victorian finals series was staged last season.

Goals to Wayne Wallace and Chris Lucas in the second half sealed the win while Hume City flagged as the game progressed.

Wallace put Bentleigh in front in the 57th minute as he rose highest to head in a Daniel Visevic corner.

Tyson Holmes nearly doubled Bentleigh's advantage within a minute but was denied by a good save from Hume City goalkeeper Chris Oldfield.

The goal marked a shift in the match with Hume resigned to the counter attack while Bentleigh steadily closed in on a sealing goal.

It would arrive in the 83rd minute when Holmes played Lucas through the left, advancing on Oldfield to squeeze the ball under the oncoming goalkeeper.

Olympic Football Club have announced the addition of Japanese attacker Tasuku Sekiya  for the remainder of the 2020 NPL Queensland season. Sekiya arrives at Goodwin Park with a reputation as one of the NPL's brightest stars, having won Player of the Year honours in New South W