​A former Scottish international who has lined up against superstars Lionel Messi and Zlatan Ibrahimovic has signed for NNSW PS4 NPL side Adamstown Rosebuds.

Towering defender Garry Kenneth is the latest of an impressive bunch of big-name additions to the local NPL competition.

It’s a far cry from the heights of playing for his country against Ibrahimovic’s Sweden in 2010 or winning a Scottish Cup with SPL club Dundee United the same year.

A serious knee injury in 2012 stalled his professional career but the 27-year-old is looking to rebuild in the Hunter.

“It’s a great opportunity to come see a different part of the world and experience the way football is played over here,’’ Kenneth told the Newcastle Herald (http://www.theherald.com.au/story/2923832/rosebud-import-swaps-scottish-snow-for-surf/)

“I’ve started watching more of it the [Hyundai A-League] now, to see what the standards are, but I’m focused first on playing here. I’m just going to take it one game at a time.

“After a few months I’ll see how things are going and see about making it a goal then, but up until then I’m just going to try and enjoy playing football and get back playing.” 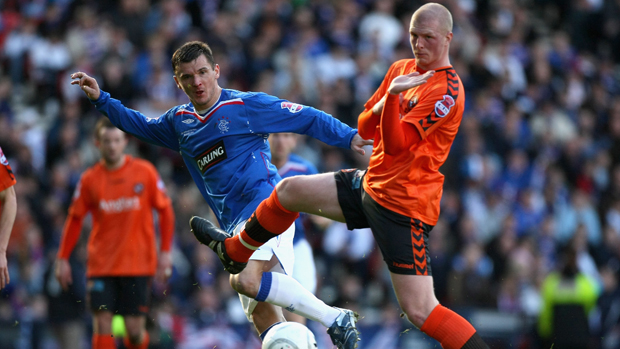 Kenneth, who also played against the likes of Messi and Thierry Henry in a friendly for Dundee against Barcelona in 2008, is one of a host of high-profile signings to commit to the NNSW NPL this year.

One of his team-mates at Adamstown is ex-Jet and Sydney FC midfielder Stuart Musialik, while former England international Michael Bridges [Lambton Jaffas] and Matt Thompson [Maitland] will also take part in the local NPL.

For Kenneth, the biggest challenge so far has been acclimatising to his new surrounds, having arrived in Newcastle recently from the extreme cold of a Scottish winter.

“I’ve been to Merewether for a bite to eat, I’ve been up to the oval and where I’m staying, so I’ve seen quite a bit of Newcastle already,’’ Kenneth said.

“It’s absolutely beautiful. It was snowing in Scotland when I left. It was minus three and a half, so today has been a big change, but it’s been nice.”

Adamstown kick-off their NNSW NPL season with a home clash against the Weston Workers on April 12.