Armadale’s desperate quest to climb up the rungs of the PlayStation 4 National Premier Leagues WA table has not dampened the club’s charitable spirit.

This weekend, starting on Saturday when Armadale host league leaders Inglewood United at Alfred Skeet Reserve, the club will have a distinctly pink tone in support of the McGrath Foundation.

All teams will wear pink socks as the club hosts a Pull on Your Socks event to raise money for McGrath Breast Care nurses. Fundraising will continue at Morgan Park on Sunday for the club’s junior activities.

Reserves coach Chris Finlayson has been behind the push to support a worthy cause.

“The club is really excited to be on board with a fantastic charity,” he said. “We are looking at different charities each year and it is great that all teams - juniors, amateurs, women’s and NPL - have come on board to support a great cause.

“We are hoping local businesses, club sponsors, parents and the wider community will come down on the day with donations - it can be as little as a gold coin - and enjoy the raffles and festivities.” 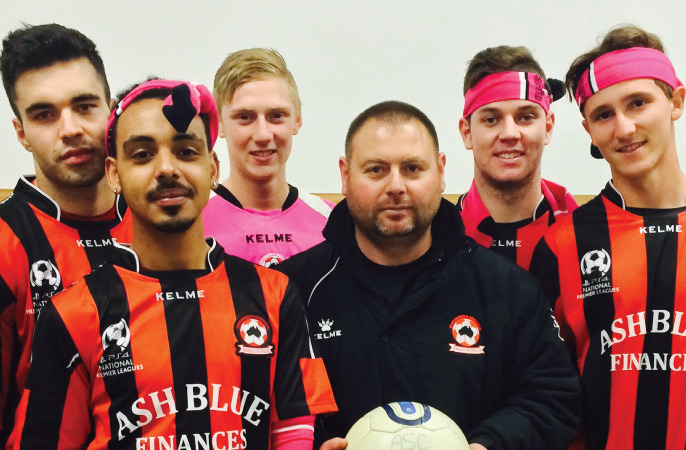 Pictured: Armadale players ham it up ahead of this weekend's Pull on Your Socks event. Photo: Armadale SC

There will be little charity on the pitch, as Armadale battle to climb away from last-placed Subiaco, who are two points behind the Alfred Skeet side.

The possibility of relegation from the PS4 NPLWA has not been lost on the teams battling near the bottom, as All Flags State League Division One leaders Mandurah City, and fellow title challengers, eye the prospect of promotion.

After a five-match losing stretch that left them bottom of the table, Armadale produced a stunning 1-0 win over defending champions Bayswater City before last weekend’s 2-1 victory over Cockburn City.

But Inglewood, who are on 36 points, will be keen to return to winning ways after failing to secure maximum points in their past two matches, which has allowed Bayswater to cut their lead to just one.

Failure by Inglewood to win against Armadale will leave the door ajar for Bayswater (35 points) or Perth (34) to seize the lead. The arch rivals clash at Dorrien Gardens on Sunday with Perth seeking victory after last weekend’s surprise loss to Perth Glory.

The Hyundai A-League club’s NPL side, which is in 10th position and just two points ahead of Armadale, take on ECU Joondalup at ECU Football Stadium, while Subiaco host Cockburn City, who have a point more than Glory.

Floreat Athena, who were edged 2-1 by A-League side Melbourne City in a midweek Westfield FFA Cup match, resume their NPL push at home to Balcatta, and Stirling Lions are at home to Sorrento.