Can the MetroStars keep their stunning away form going and continue a golden period for South Australian football or will Bonnyrigg make it back-to-back wins for a club from the NSW PS4 NPL in what should a thrilling final at Lambert Park in Leichhardt on Saturday.

With a spot in next year’s Westfield FFA Cup also on the line, expect a high-class encounter between two well-coached sides.

It's all on the line... a precious Cup spot in 2015 and the chance to be national champions. Do not miss this.

Sign up to the official fantasy football game of the Hyundai A-League and select your 15-player squad now! It's completely free to register and you could win the ultimate Grand Final experience.

Brian ‘Bomber’ Brown has got his White Eagles peaking at just the right time and they will head into the decider warm favourites against the boys from South Australia.

It took a lone Robbie Younis goal for Bonnyrigg to dispose of in-form Queensland side Palm Beach Sharks last weekend, and the experienced striker will again be key for the home side.

But the White Eagles have class right through their side, including Arron Peterson, David Vrankovic, Alex Canak and Tynan Diaz.

The MetroStars have done it the hard way to reach the final, first travelling to Perth to beat Bayswater City on the opening weekend and then getting the job done on the road against South Melbourne in the semi-final.

And Karlovic will call on his experienced players like Tunbridge, skipper Adam Van Dommele, ex-Adelaide United midfielder Fabian Barbiero and livewire forward Perry Mitris to lead the way on Sunday.

South Australian football is enjoying a momentous few months with Adelaide City through to the last eight of the Westfield FFA Cup while the MetroStars are just 90 minutes away from being crowned national champions.

There are fascinating match-ups all over the park in this one which only makes the outcome even harder to predict.

There is even more reason to attend Saturday's final with a chance to win a PS4 and a host of other cool prizes.
All you have to do is get to the PS4 Zone at the venue, register your name and mobile number and you go into the running.

There will also be a Bubble Football match at half-time with a PS4 as the prize while a designated area has been set aside to play the new FIFA 15 game.

Sign up to the official fantasy football game of the Hyundai A-League and select your 15-player squad now! It's completely free to register and you could win the ultimate Grand Final experience. 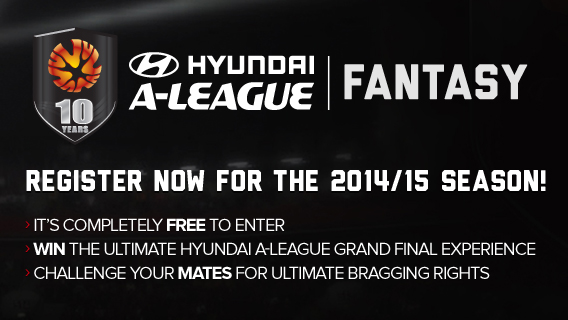