Australia is about to witness PS4 NPL football at its finest as the nation’s best face their Elimination Finals destiny this weekend. It's do-or-die, so do not miss a moment of the action.

A state of origin battle of sorts awaits as the Queensland champions host the best from Northern NSW. It should ensure plenty of extra spice in this intriguing match-up at QSAC.

Moreton Bay upstaged some big clubs in Queensland to surge to this season’s title and they will plan to ride that momentum towards national glory.

Sunday’s gripping 2-1 PS4 NPL Queensland win over Brisbane Strikers is the start of what they will hope is a golden few weeks for the club.

For free-scoring Edgeworth, they’ll head north with the benefit of an extra week’s rest and the experience against Melbourne City in the Westfield FFA Cup round of 32.

And while they were narrowly beaten on that night, pushing a Hyundai A-League club all the way is sure to give Damien Zane’s troops a bit of extra confidence, while they also won their local decider 2-0 against Hamilton Olympic last week

A few goals are likely at QSAC as two attack-minded sides do battle.

For Blacktown City, they’ve been superb throughout the NSW NPL season, romping to the minor premiership.

But they went down 2-0 in their grand final on Sunday in a disappointing way to end a brilliant campaign. And being knocked out of the Westfield FFA Cup at home – after being a goal up at the break – was another troubling sign in recent times.

They’ll have to put that behind them quickly with Canberra FC heading to Lilys Football Stadium. The Demons will rely on their explosive, attacking talent to help them rebound and with a big crowd behind them at home they’ll fancy their chances.

Like Blacktown, Canberra FC also have to recover from a grand final defeat on Sunday, as they were humbled 3-1 by Canberra Olympic.

It’s the club’s second tilt at the national NPL crown, having been the ACT’s  representative’s in the inaugural competition in 2013.

Whichever side bounces back best from the disappointment of last weekend should come out on top in this one. 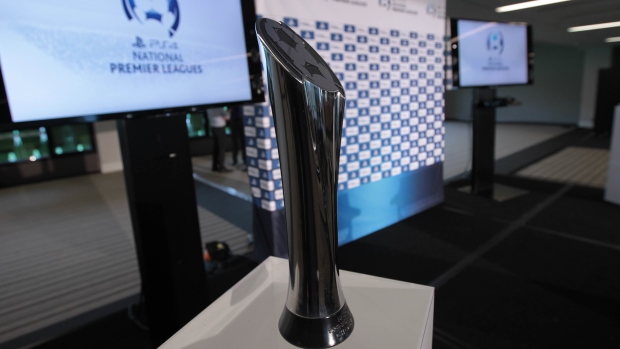 Redemption will be on the minds of South Melbourne after the ambitious Victorian club failed to make the most of their appearance in last season’s national finals.

Chris Taylor’s side want to make a mark on the national stage again and this would be the perfect platform, with an automatic berth back into the Westfield FFA Cup next year at stake over the next three weeks.

They head into this one after a heart-breaking grand final defeat in Victoria on Sunday, losing 3-1 to Bentleigh Greens after extra-time at Lakeside.

But South will still start warm favourites against Olympia FC, although they would be foolish to underestimate the Tasmanian outfit.

Renowned for bringing down the big guns during their title-winning season in Tassie, Olympia will head to Lakeside Stadium disciplined, well-structured and with nothing to lose.

Unlike South Melbourne, Olympia were able to get the job done in their local grand final, running out 3-1 winners against Hobart Zebras.

Chris Coyne’s Bayswater head to Adelaide on the back of an undefeated season in WA, winning an incredible 19 (with three draws) from their 22 league games.

In their second straight year in PS4 National Premier League’s Australian finals, Bayswater have experience on their side as well as a squad with some A-League experience.

In short, “Baysie” are on fire this year.

But West Adelaide has also enjoyed a memorable campaign and will be hoping to emulate fellow South Australian club MetroStars who took out last year’s event.

They completed the double on Saturday by beating Adelaide Blue Eagles in the grand final 4-2, with goals from John Karatzas, Tom Briscoe, Kosta Mantis and Alex Rideout.

It’s hard to pick a winner in this one in what should be a titanic struggle at Adelaide Shores.

**In order to determine the host Member Federation and clubs for the semi-finals and grand final, the following points system will be applied at the conclusion of each stage: