National Premier Leagues action resumed this weekend with premiership ambitions coming to the fore around the country.

Check out this weekend's NPL wrap below:

There was late drama abound in the NSW NPL this weekend with top two Sydney Olympic and APIA Leichhardt Tigers striking in injury time to keep their title ambitions on course.

Max Burgess was the hero for competition leaders Olympic, who fired home deep into injury time to snatch a 2-2 draw with Hakoah Sydney City East on Saturday.

The hosts looked on course for a huge win courtesy of Anthony Frangie’s double, but Burgess continued his stellar season for the Blues to claim an important point.

That strike cut Olympic’s lead to four points by the end of the round, but it was so nearly a case of missed opportunity for second-placed APIA Leichhardt who had Adrian Ucchino to thank for a 2-1 win over Blacktown City in a top of the table encounter in Seven Hills.

Ucchino struck from long distance on the cusp of injury time to edge the match for Billy McColl’s men, who appeared destined for a draw after Sean Symons’ cancelled out an early penalty from Joey Gibbs. 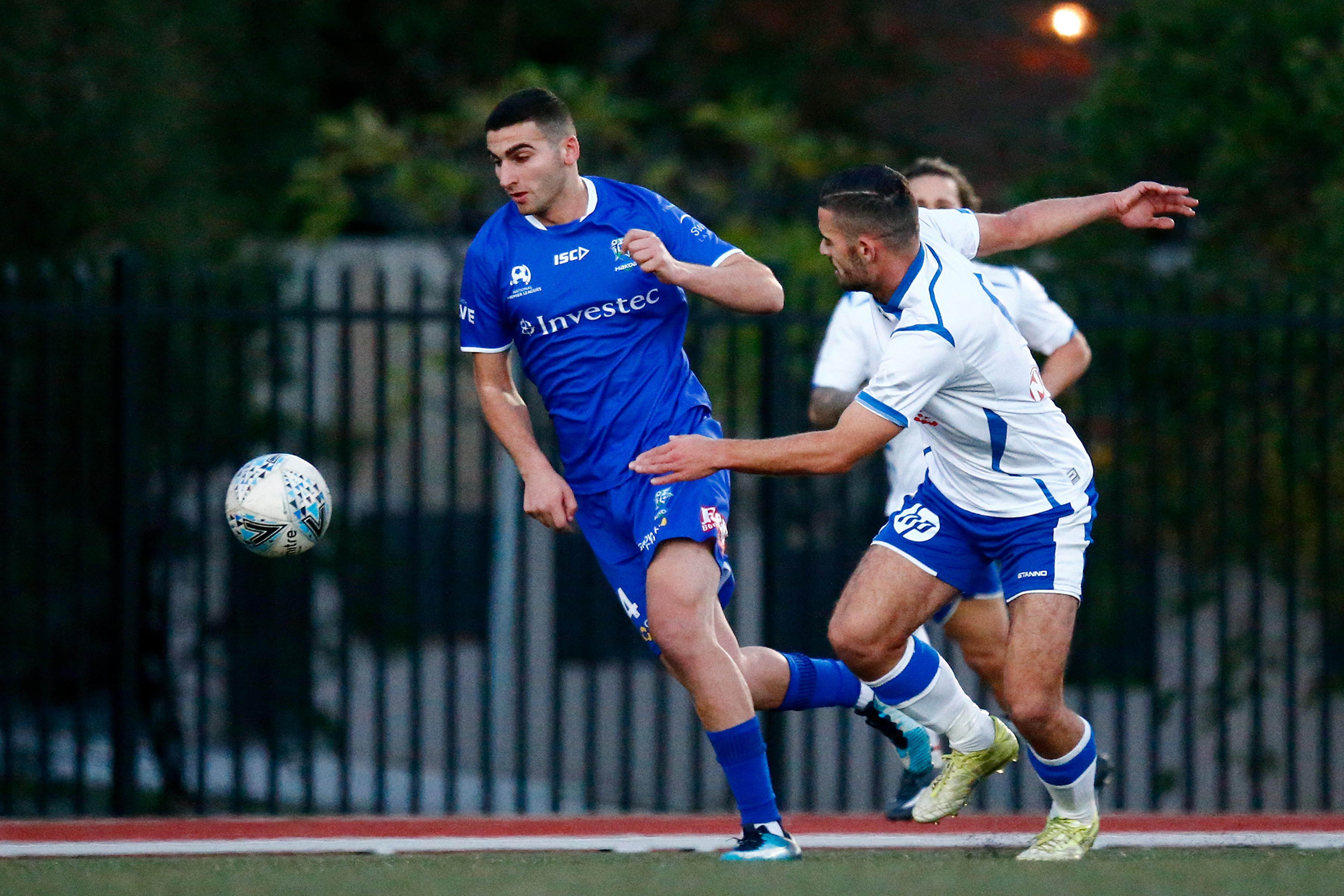 Elsewhere, Marconi Stallions followed up last weekend’s upset win over the Tigers with another impressive showing over reigning champions Manly United. The Stallions won 3-2 at Cromer Park to keep their hunt for the top five on course.

Perth Glory were the big movers in Western Australia this weekend after a 6-1 victory over Forrestfield United moved the side within a point of leaders Bayswater City. John Gibson’s men proved far too good at Ashfield Arena and were led by Michael Domfeh and Henry Hore, who both secured a brace each.

Bayswater were beaten 1-0 by Inglewood United thanks to a deflected first-half strike from Jason Barrera, who are just seven points of the competition summit after the win over the premiership pacesetters.

Third-placed Cockburn suffered a blow in their title chase following a 4-2 home loss to ECU Joondaloop, with visiting striker Daryl Nicol clinching his third league hattrick this campaign. Cockburn are now five points away from Bayswater.

Perth SC remain well in the thick of the title hunt thanks to a 1-0 victory over Floreat Athena. Paul Zimarino’s strike on the cusp of the interval proved to be the winner for Ramon Falzon’s side, who avenged their recent FFA Cup defeat to Athena in the process.

In other results, Armadale inflicted a fourth consecutive defeat on Stirling Lions with a 4-1 victory, Sorrento pipped Balcatta 1-0, while Subiaco got the better of Joondalup United 3-2.

Bentleigh Greens surrendered their lead of the competition following a 2-1 defeat to Pascoe Vale at CB Smith Reserve on Friday. A flurry of early goals saw Velibor Mitrovic open the scoring for Bentleigh but quick-fire replies from Nicolas Abot and Davey Van’T Schip handed Pascoe the win.

Heidelberg United took full advantage two days later thanks to a comprehensive 5-2 victory over Dandenong Thunder. The Thunder led 2-1 at half time courtesy of Brandon Barnes’ 14th goal of the season and Alon Blumgart’s effort, but Atilla Ofli’s brace and strikes from Thomas Cahill, Adrian Zahra, and Joshua Wilkins secured the comeback triumph for United, who now lead the competition on goal difference.

MetroStars are back on top of the ladder in South Australia after crushing West Adelaide 5-2 at TK Shutter Reserve on Saturday. A brace from Liam Wooding led the way, with strikes from Anthony Solagna, Matthew Dawber and Christian Esposito wrapping up a crucial win for the Stars, who have a one point lead over second-placed Campbelltown City.

Campbelltown relinquished their advantage at the top after a thrilling 4-4 draw at South Adelaide. City were down 3-1 at half time following David Thornton’s brace and an early effort from Michael Goode, but stormed back in the second half with a late penalty from captain Iain Fyfe eventually ensuring a share of the points.

Third-place Adelaide City failed to take advantage of Campbelltown’s slip up as the side drew 1-1 with Adelaide United, while Adelaide Comets improved their outside chance of a premiership tilt thanks to a gutsy 1-0 win over Adelaide Olympic on Friday.

Broadmeadow Magic’s competition lead was cut to one point after the NNSW frontrunners could only draw 1-1 away at Lambton Jaffas. James Virgili looked to have put Magic on course for their eighth win of the campaign, but a Patrick Brown effort midway through the second half rescued a point for the Jaffas, who are four points away from the top.

Maitland FC are now level on points with Lambton following an emphatic 5-1 defeat of Charlestown City Blues. A Matthew Comerford double headlined the victory for Maitland, with two Charlestown own goals and a late Ryan Clarke strike underlining a dominant performance.

Western Pride wrestled the competition lead off Olympic FC following their 5-0 crushing of Magpies Crusaders on Saturday evening. Goals from Adam Endean, Alex Parsons, Gabriel Hawash and Andrew Pengelly proved to be far too much for the Magpies to handle as Pride leapfrogged Olympic on the summit.

Lions FC are also within striking distance of Western Pride after crushing North QLD United 6-0, with a brace each from Marek Madle and Jheison Macuace leading the rout.

Launceston City maintained their lead at the top with a 4-0 win over Northern Rangers on Saturday. Shane Cartwright, Tyler Fischer and Jarrod Linger were amongst the goals for the premiership pacesetters, who hold a six-point advantage over second-placed Devonport.

The Strikers could only manage a 1-1 draw with Hobart Zebras the following day.

Darwin Olympic were the big movers in the Northern Territory following their 3-1 win over Port Darwin FC on Saturday. Goals from Dane Turner, Michael Tsounias and Kobi Jennings cancelled out an early strike from Port’s Jack Naumann to move Olympic within six points of leaders Hellenic.

University Azzuri were also 3-1 victors in the weekend’s other fixture, defeating Casuarina FC on Friday. Felico Guterres’ brace led the way for Azzuri, with Theo Rossides adding a third to gift the visitors their fourth win of the campaign.