Here is the season preview via Slice of Cheese.

The defending champions have been laying low for much of the pre-season, as they did not participate in the Summer Cup and have not disclosed details of any other practice games. Still, they appear to have kept the bulk of their 2020 squad intact, which could be enough for them to enter the 2021 season as title favourites once more. It’s hard to pick against a club that has won the last three NPL Tasmania titles and that sealed that three-peat with an undefeated season. Joel Stone cemented his standing as the best player in the state as he won the league best and fairest last season, while goalkeeper Nathan Pitchford claimed the Walter Pless Medal as the media’s choice for best in the competition. The Strikers struggled to find goals at times last season, but with Pitchford between the sticks and a rock-solid backline led by captain Kieran Mulraney, they are still able to grind out wins without much trouble. If they can find one or two more avenues to goal, they may not just go undefeated once more, they might win every game.

The Knights took a huge step forward in the NPL last season, and they would have been keen to keep that momentum rolling into 2021. The Summer Cup was a great chance to stamp their authority without the Strikers present, and they looked set to advance to the final after defeating Riverside 3-1 and taking a 2-1 lead into stoppage time against South Hobart. A late collapse at Darcy Street saw them lose 3-2 and crash out of the competition, but there will still plenty of positives for the men in red. The bulk of their 2020 squad took part in the pre-season competition, and their potent forward line was on show with Nicholas Naden, Alex Walter and Joffrey Nkoso all hitting the scoreboard. The loss of Oscar Thomas at the other end of the park is a significant one, but coach James Sherman will be hoping that new signings and former Olympia Warriors Lucas Hill, Adam Gorrie and Nick Mearns can plug the hole. With joint Golden Glove winner Lachlan Hart between the posts behind them, and with the league’s most dangerous front line, there’s no reason that the Knights can’t mount a serious challenge for the title this season.

While it ended in a disappointing fashion, South Hobart served a timely reminder to the rest of the league with their performance in the Summer Cup pool stage. They showed a killer instinct in an 8-1 demolition of Riverside, before storming home late against Glenorchy to book a spot in the final. While the scoreline was less comprehensive, it was that second win that allowed South to show off their biggest strength. With one of the youngest squads in the league, they will look to run teams off their feet with a high-possession style of play punctuated by plenty of pace in the final third. Kasper Hallam bagged a hat-trick against Riverside and, a year on from winning the league’s Rising Star award, he looks set to make another leap and lead the line for Ken Morton’s side. There has been some turnover at the other end of the park, but Jayden Hey and Luke Bighin have stepped into the vacant centre-back positions and looked assured for much of the Summer Cup campaign. With so much youth there will still be lapses, as seen in their 3-0 loss to Kingborough in the pre-season decider, but South’s upside is immense.

The Lions were very busy over the offseason, adding a swag of new signings to a squad that showed some promise last season. Their new-look lineup couldn’t have started any better as they went undefeated in the Summer Cup and claimed their first trophy since 2012. Coach Jez Kenth looks to have adopted a more direct style of play for his side in 2021, and the Lions old and new seem to be on board. Former South midfielder Kobe Kemp looms as the signing of the summer after excelling in the midfield during the pool stage and as a makeshift centre-back in the final, while fellow newcomers Joseph Juma and Ben Hamlett were outstanding against South Hobart. The loss of Danny Cowen to a move interstate could be their biggest challenge, with injuries exposing the lack of depth in his centre-back role during the Summer Cup. Consistency will be key for a club that looked set to challenge for the title early last season, before tailing off late and just barely clinging to a top four finish. With some more experience heads added to their lineup this season, they should pose a more serious threat from season’s start to season’s end.

After losing plenty of senior talent over the offseason, the Warriors rolled out a young lineup in the Summer Cup with mixed results. They opened with a 9-0 drubbing of Launceston City, came crashing back to earth in a 6-0 loss to Kingborough, and then finished on a high with a comfortable 4-0 win over the Zebras. After all of that, it’s hard to know what to expect from Rob Clarke’s side in 2021, especially given their frustrating inconsistency in the 2020 season. There is plenty of home-grown talent waiting in the wings, and given their Southern Championship side won the title last season there should be some players ready to step into the senior ranks. Austin Yost looks set to take a big step forward after a handful of energetic appearances off the bench last year, while Sam Cummins announced himself with a brace against the Zebras. Senior holdover Jake Vandermey will need to lead from the front, and former Lions Joel Sammut and Jake Hayers may need to step in and take on larger roles. Olympia look like a side capable of challenging almost anyone, particularly on their home field at Warrior Park, but they may struggle to do so week in and week out.

The Zebras made a promising start to their Summer Cup campaign, narrowly losing to the eventual champion Lions, but that was unfortunately as good as it got. A 3-2 loss to Launceston City, last season’s NPL wooden spooners, was followed by a 4-0 thumping at the hands of Olympia. There seems to be two clear tiers in the NPL as the season approaches, and the Zebras may find themselves in the lower half of the league looking up. There is some reason for optimism, though, as the club looks to have searched far and wide for new talent. Midfielder Josh Mathie has joined from New South Wales, American defender Daniel Baumgartner has spent time playing across the US, and goalkeeper Joel Philpott arrives from Burnie United. They all may take some time to jell as the season progresses, so perhaps some pre-season jitters should have been expected given the added losses of Jayden Hey, Nicholas O’Connell and Luke Huigsloot. A hot shooting start from Riley Dillon was one of the positives to come out of their pre-season, with the speedster scoring a brace against Launceston, but he will need to find some support from somewhere.

Oh, how different life is without Jarrod Hill. The superstar goalkeeper has been Riverside’s standout player since their entry into the statewide league, despite only turning 20 in February. A move interstate was always going to be available to him, and he has chosen to relocate this season to study and play for Beaumaris in Victoria. The effect has been immediate, with Riverside conceding 11 goals in two games during the Summer Cup. At the other end of the field, livewire winger Nil Sanz did not appear in the Summer Cup and so may have also departed the club. That would leave a huge amount of responsibility with Fletcher Fulton, as he and Sanz combined well late last season to power most of Riverside’s attacking play. Coach Alex Gaetani remains in the job, but he and the club have been relatively quiet on the player market this season. There was definite improvement as the 2020 season wore on, but can they keep that momentum going without their biggest stars?

The only way is up from last place, right? Well, it might be a little tougher than that for Launceston City. With the departures of Sam Ridgard, Noah Mies and Rob Gerrard, City have lost three of their top-tier talents at a time when signing new players is a tough task. Coach Lino Sciulli has said that his hands are essentially ties—with no money available to him, any new players need to be in the local area and wanting to play for the club by their own motivation. Three such players have crossed over from Launceston United in Will Compagne, Will Rodman and Shane Egan—all of them are former City players and all of them are capable of contributing, but they may not be enough to offset the losses. A Summer Cup win over the Clarence Zebras was a huge positive, but that was sandwiched between two losses with a combined 12-0 scoreline, leaving plenty of doubt as to whether City will stay anchored at the bottom of the ladder or produce something of a resurgence this season. The likes of Lachlan Clark in goal and new captain Matty Oh will need to lead from the front and keep their side tidy at the back, or else the goals could continue to flood in. 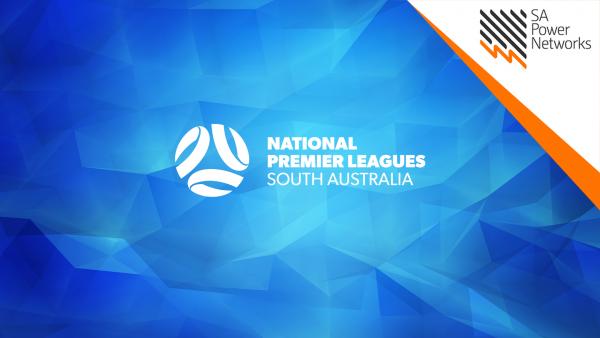