He’s the Hyundai A-League hopeful scoring goals for fun in the NSW NPL. And his secret? Working with a former Socceroos goalkeeper!

Patrick Antelmi, 23, has built a reputation as a prolific goal-scorer in the NSW NPL – and Westfield FFA Cup - with Blacktown City and this season at Wollongong Wolves.

In fact, he's smashed in a hat-trick on the weekend for the South Coast side as they dispatched Sydney FC 6-1 at WIN Stadium in the final NPL round of the season.

You may also remember his hat-trick last year in that remarkable 6-2 win in the Cup by Blacktown. 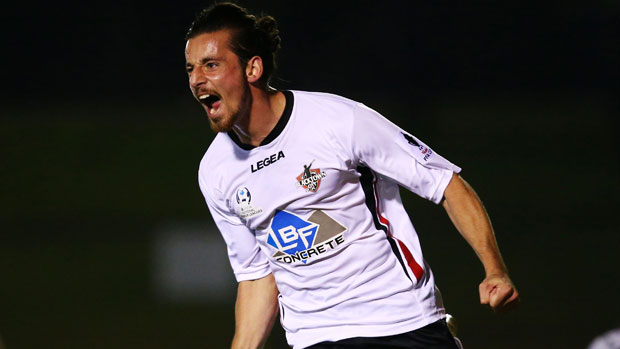 Antelmi was a consistent scorer and part of a hugely successful Blacktown side which won the grand final in 2016 and included the likes of Danny Choi, Mitch Mallia and Joey Gibbs.

He made the move to the Wolves this year and maintained his form in front of goal, finishing with 11 for the campaign from just 19 starts.

And he credits weekly sessions with experienced keeper-coach Fraser for his impressive goal-scoring record over the last couple of years.

“I know he works with goalkeepers but he’s been helping me and he wants me to get to the next level and the A-League which is where I want to be,” Antelmi told www.a-league.com.au.

“Jimmy’s just been giving me hints and telling me what weaknesses goalkeepers have and how to get past them.

“It’s quite interesting because most of the time he’s coaching his keepers on how to stop shots and when he’s coaching me he’s telling me what keepers can’t deal with and other things like that.

The pacy striker was a Blacktown junior but hasn’t always plied his trade in NSW, moving to England as a 15-year-old after signing with Portsmouth.

He spent two years at Pompey before he moved to Leeds United and then also had a stint with Wigan Athletic’s youth and reserves teams.

While he again had a strong scoring record at those clubs (scoring 21 times in a youth team season at Leeds and 23 at Wigan), circumstances meant a first-team contract never eventuated.

“I was at Leeds for a year-and-a-half under Neil Warnock. Unfortunately, he got sacked as I was about to get a new deal and the new gaffer didn’t know who I was being a youngster so I had to leave,” he explained.

“The same thing happened at Wigan under Owen Coyle. It’s just the cut-throat nature of the industry over there.

“It was tough for me because I was scoring goals and being the top scorer [in the youth teams] and training with the first team. But that’s the way it goes and I decided to come home."

While it’s a case of ‘what might have been’ from his time in England, Antelmi enjoyed some incredible experiences which he says have shaped him into the player he is.

“I arrived at Portsmouth when they just won the FA Cup. They had Peter Crouch, Sol Campbell, [Jermaine] Defoe, David James in goal, [Kevin] Prince-Boateng, Sulley Muntari and all these amazing players,” he said.

“But the one that stood out for me was King Kanu. He was phenomenal. You just watched him and the way he glided around the field. You could not win the ball off him. It was an amazing experience. 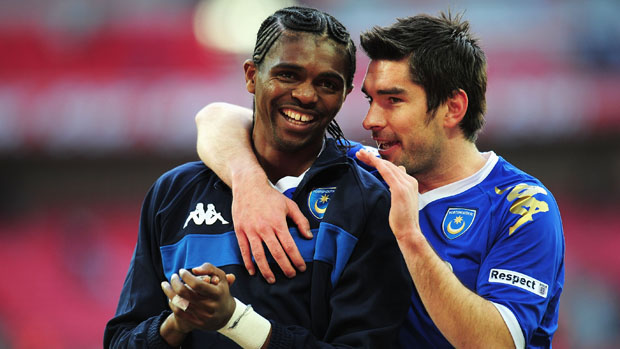 “And in my time at Wigan we played Chelsea in a reserve game and Cesc Fabregas was playing. I scored two that game and we won.

"Those are things that I’ll never forget.”

A CRACK AT THE A-LEAGUE?

“You never know who is watching a game or a training session,” Antelmi said. 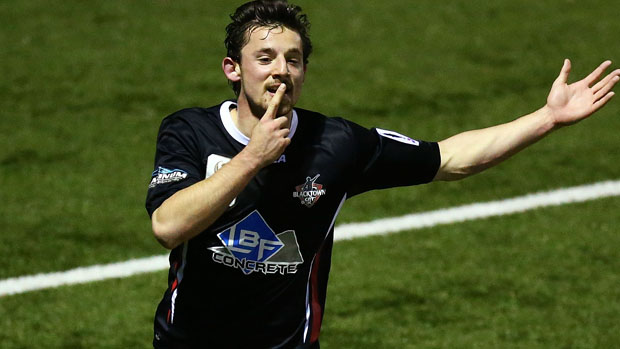 “You can get picked up out of the blue. Sometimes it’s just being in the right place at the right time.

“I’m just going day-by-day and enjoying my football and doing what I do…I’m still grafting away and not losing hope I’ll get there," he said.