Two-time FFA Cup Round of 16 entrants and National Soccer League winners, Sydney Olympic will be gunning for glory when they enter the NPL Finals Series for the first time.

Here’s everything you need to know about the NPL NSW outfit.

Sydney Olympic only secured first place on the NPL NSW ladder on the very last day of the season, with a win over third place Sydney United 58.

It was only made possible by a slip-up by an FFA Cup quarter-finalist: APIA Leichhardt, who lost to eighth place Hakoah Sydney City East on the final day to give up the title.

He scored 16 goals in the league this season, and has added to that tally with three more in the NPL NSW finals – a hat-trick against Sydney United 58 to book their place in the grand final.

The 29-year-old hails for Zaragoza in Spain, where he played for La Liga side Real Zaragoza in his younger days.

The coach is club Hall of Fame member: Abbas Saad.

He was only appointed a week out from the beginning of the season, but has worked wonders with the players at his disposal.

Saad played four times for the Australian national team throughout the 1990s, and has coached in Malaysia as well as with former NSW Premier League side Penrith Nepean United. 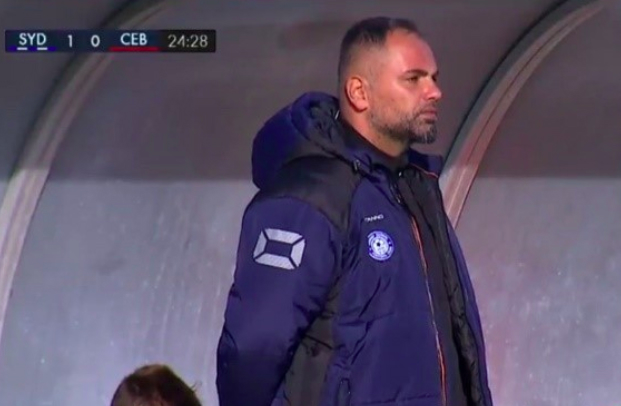 Sydney Olympic’s home ground is Belmore Sports Ground, which was originally opened back in 1920.

Olympic has played out of Belmore since 1977, with a short three-year stint at Endeavour Field in the early 2000s the only time they’ve played home games elsewhere.

WHO THEY'RE UP AGAINST

Sydney Olympic take on Perth SC at Lambert Park on Sunday 16 September at 3.30pm in the Elimination Finals.