The talent and quality of the PlayStation®4 NPL (PS4 NPL) will continue to increase and unearth more stars of the future in 2017 as Australian football’s second tier competition prepares to enter its fifth season.

Last year 53 players from PS4 NPL clubs secured contracts with a Hyundai A-League club, with players such as Jacob Tratt, Nikola Mileusnic and Joel Allwright illustrating the role the PS4 NPL plays as a breeding ground for aspiring footballers.

“The PS4 NPL continues to go from strength to strength with greater opportunities for our talented players, coaches and clubs,” said FFA CEO David Gallop.

“We are excited to kick off the third year of our partnership with naming rights partner PlayStation4 and in 2017 we are delighted to also see the introduction of PlayStation 4 NPL Women’s competitions across five of the Member Federations.

“The impressive crowd numbers and interest during last year’s PS4 NPL highlights the stature of these competitions and the increasing professionalism of clubs and Member Federations both on and off the field across all of their operations.”

“After seeing Green Gully and Redlands United defeat Hyundai A-League clubs in the Westfield FFA Cup last year, it’s evidence that the standard of the PS4 NPL is on an upward curve and this gives credence to the recent report that football is Australia’s largest club-based participation sport.”

Managing Director of Sony Interactive Entertainment Australia, Michael Ephraim said, “Whether it’s by strapping on a pair of boots or picking up a controller, PlayStation’s passion for football has always lived both on and off the field.”

“This year, we are celebrating three years of partnership with FFA and we’re incredibly proud to see how the strength of our collaboration has contributed to the growth of the PS4 NPL into a true breeding ground of Australian football talent.” 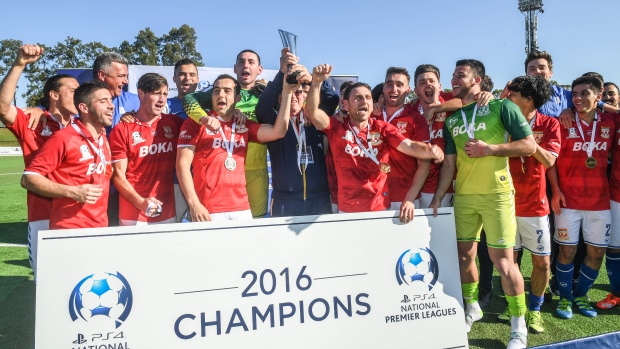 The PlayStation 4 NPL spans across State and Territories with each of the eight semi-professional competitions preparing to kick off their respective seasons.

Football Federation Victoria is the first Member Federation to kick off its PS4 NPL 2017 Season with Oakleigh Cannons taking on Kingston City in the season opener this Thursday night (9 February).

As per last year, all nine Australian Hyundai A-League clubs will continue to compete in PlayStation 4 NPL competitions, with five of the nine clubs competing in the top division in their respective States in 2017.

The opening round of matches in the PS4 NPL competitions around the country will commence on the following dates:

These competitions will culminate in the PS4 NPL 2017 Finals Series to determine the national champions. Football NSW club Sydney United 58 FC were crowned PS4 NPL Champions of Australia in 2016.

Wet weather in the Sunshine State played havoc with the opening round of the National Premier Leagues, with just two matches going ahead in Queensland. Peninsula Power did not let a change of venue to Caboolture affect their concentration though as they made a winning start to