The four-time league champions and eight-time cup winners face a huge NPLWA – Men’s fixture at Sorrento on Saturday. They must match or better Perth SC’s result at bottom club Rockingham City if they are to take the title race to the final week.

Regardless of the outcome, the club will celebrate their anniversary at E&D Litis Stadium on Saturday night with a commemorative dinner. This promises to take players, staff and supporters down memory lane, as well as acknowledge the contributions of volunteers, founders, members and club legends.

Athena formed in 1951 and was a hub for the Greek migrant community to meet and socialise. It was an environment which former player and assistant coach Taki Nicolaidis recalls fondly growing up in the late 1970s. 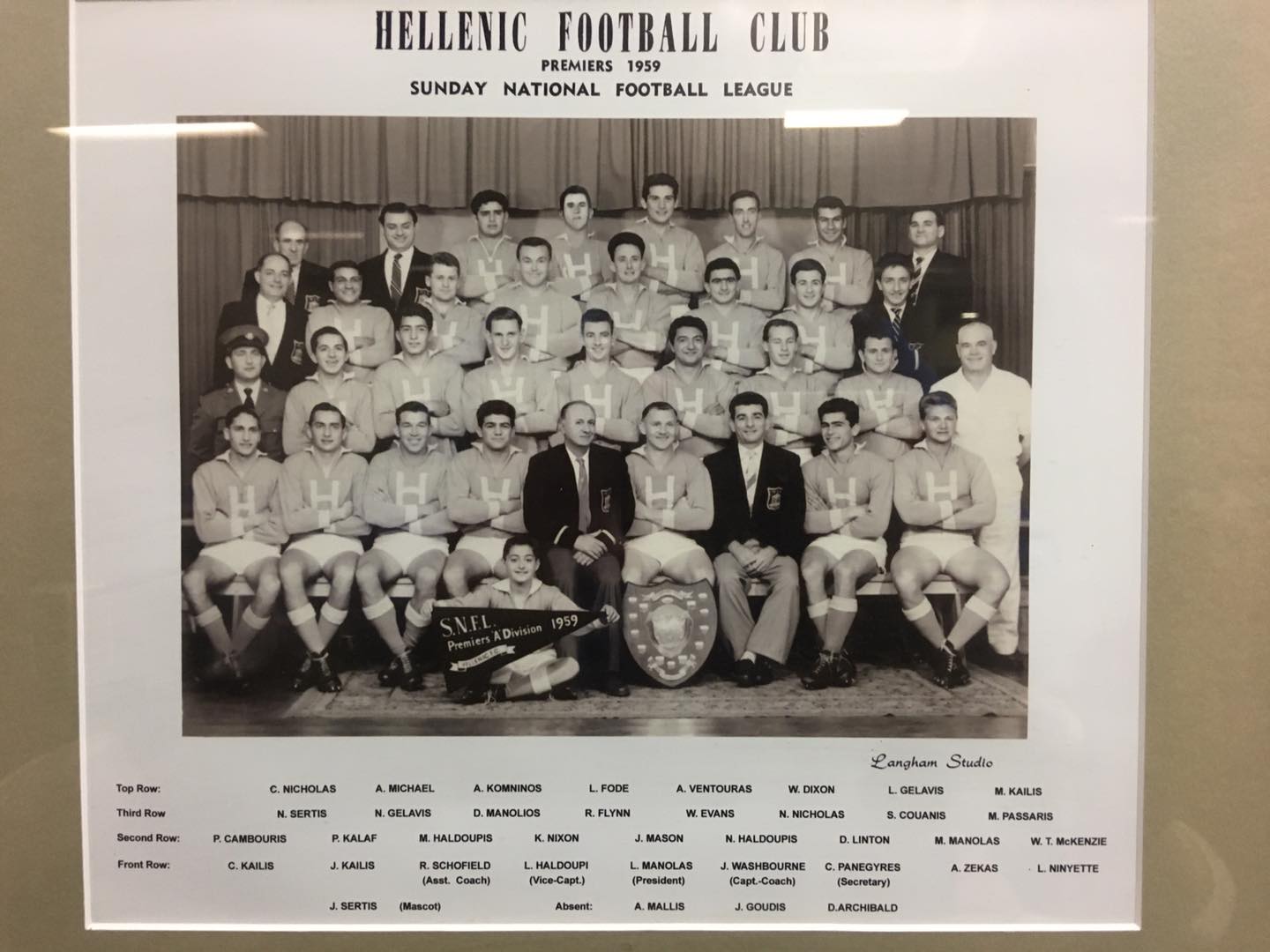 “I was a mascot and my first real memory was walking out with the team with the full kit on,” the current Murdoch University Melville head coach said.

“I was seven years old when Athena won their first title in 1977. It’s not until later when you reflect back and realise you were there on that day, the whole family was celebrating, and how big an event it was for the club and the Greek community.

“I played all my juniors there from age five. Back then, generally if you were Greek, the only team you would play for was Athena, which was the case for me.

“In those days, it was very cultural with the first generation of immigrants and the kids growing up would be pushed into football. If you were Italian, you’d play at Perth Azzurri, East Fremantle Tricolore, Balcatta Etna or Bayswater Inter. If you were Greek, you’d be at Athena or Kingsway, if you were Macedonian, it would be Stirling. And that was it.

“There was always that rivalry and pride of the heritage. Even now, Stirling Macedonia in Division One, Dianella White Eagles in Division Two, those clubs are doing well too, you see people are back supporting and reminiscing on those golden years.”

Athena would later become home to household names in Western Australian football such as Stan Lazaridis, Vas Kalogeracos and Bobby Despotosvki, as well as overseas players including Steve Stacey and John Sydenham. 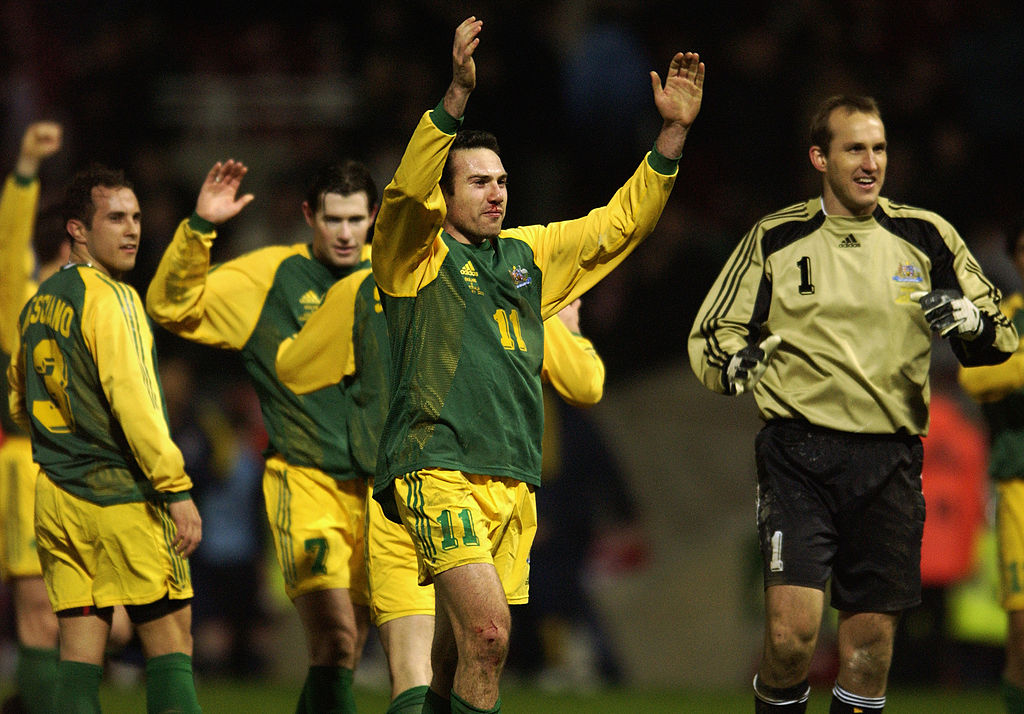 Nicolaidis went on to become one of Athena’s favourite sons, having broken into the first team in Floreat’s treble winning season of 1988 and making an immediate impact. That started a 19-year association with the club which he reflects on proudly.

“We beat Bayswater in the Dorsogna Cup Final, which was televised on SBS and I scored the first goal in a 2-1 win,” he said.

“That day was special because 12 months earlier, Athena had beaten (Stirling) Macedonia in the cup and I was a supporter in my blue and white gear. Twelve months later, I’m playing and scoring in a final which was pretty surreal as a Greek boy coming through the ranks and it was huge for me and my family.

“My dad spent many years at the club. All my childhood was there too, the weekends, family events, functions, they were all at the football club. Like at a lot of other clubs, football was our social life.

“I’m proud to say I’ve done 10 years as a player and another nine as an assistant coach at Athena. I’ll always cherish that opportunity to have been part of the many Athena successes and those memories are priceless.”

Floreat remain one of the state’s powerhouse clubs, even though the league has evaded them since 2007. Recently, the club has won three State Cups in five seasons, including this year, several Night Series Finals, and are also the reigning Top Four Cup holders.

One of the highlights of Saturday’s 70th celebrations will be the unveiling of the ‘Athena Dream Team’ which will help to tie the past together with the present. Nicolaidis and current longest-serving player Ludovic Boi have both received a nomination in the provisional 41-man squad.

Boi, the 2015 Football West Gold Medal winner, said: “It’s an honour. A lot of players on the nominees list have obviously had a big impact at the club, so it’s a privilege to be nominated as one of the top players through Athena’s history.

“It’s a good club to be at and everyone has looked after me since I set foot there. The Greek community come down, the old boys are playing poker, the kids come down, people enjoy the food, and the club keep that culture going.

“It’s a big weekend for the club to reach 70 years. It’s a great club with a great history and I can only sit back with excitement to see where the club continues to go.

“With the dinner after the game, we want to make sure we get three points against Sorrento and the win to celebrate. We need the points, not just for Saturday night, but it’s a huge game with two matches left, three points separating us and Perth. We just have to get the wins and hope Perth slip up.”

As well as needing a result against Sorrento, Floreat will be looking for bottom of the table Rockingham City to do them a favour when they welcome Perth SC to SafeRad Stadium.

Rockingham must better Balcatta’s result against Perth Glory to take the relegation fight to the final day, given the current four-point margin between the two sides.

Glory are in the thick of the fight to make the Top Four Cup. They hold a two-point lead over fifth-placed Inglewood United, who drew 2-2 with ECU Joondalup last night in their rescheduled Round Three encounter at Dorrien Gardens. Inglewood host Gwelup, while ECU need three points against in-form Bayswater to have a chance of finishing in the top four.

Finally, Armadale face Cockburn at Alfred Skeet Reserve in a fixture between two sides safe from the drop, but unable to trouble the post-season places.

Canberra Croatia have moved to within a win of the League Championship after a thrilling 2-2 draw with Monaro Panthers at Deakin Stadium, a point that moved them nine points clear at the top of the table. The leaders were forced to come from behind to gain a point however as M

Once again, this weekend, the rain stole the show, literally. The game between Tuggeranong and Canberra Croatia and the battle of the Wanderers were postponed.

After an action-packed weekend of finals football, Manly United FC have secured their place in the National Premier Leagues NSW Men's Grand Final at CommBank Stadium on Saturday 27th August. The second contender for the Championship title will be between Premiers Sydney Olympi

A stoppage time penalty calmly converted by midfielder Angus Bailey gave ten-man West Canberra Wanderers a remarkable come from behind 3-2 victory over Belconnen United to shift them off the bottom of the table with six rounds remaining. The Blue Devils sunk to the bottom of t

Weather conditions impacted our pitches and round 16 in the WNPL, with only two games played this weekend.