Football Federation South Australia (FFSA) is delighted to advise that the PlayStation 4 Women’s NPL SA 2017 Grand Final will be played at Coopers Stadium.

In an Australian first, the showpiece fixture will be played on the same day as the three Senior Men’s Grand Finals at one of the nation’s finest football facilities.

The women’s grand final will kick-off at 4.30pm on a bumper day of local football culminating in the 2017 PlayStation 4 National Premier League Grand Final at 7:00pm.

The Grand Finals of the State League 2 and State League 1 competitions will take place at 11:30am and 2:00pm respectively.

“We are the first Member Federation to host the PlayStation 4 Men’s and Women’s National Premier League Grand Finals together,” said Michael.

“This latest announcement again highlights our commitment to showcase our elite footballers at the State’s premier football venue.”

“We’re already looking forward to what will be a momentous occasion with a big audience in September.”

“I think this should have been something that happened a long time ago,” said Rigon.

“I know that every women’s team and player will be thrilled to know that if they made the Final, they’ll be experiencing something that they haven’t experienced before.

“We already had nearly 1,000 people at our Cup Final last year, imagine what a venue like Coopers Stadium could bring.”

“It will be an amazing step forward.” 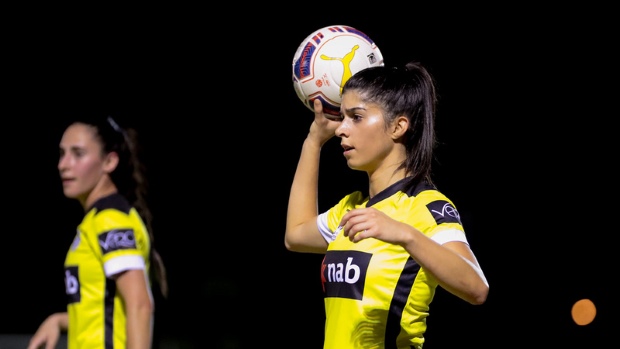 Ebony Kyriacou, captain of Metro United’s title-winning side in the inaugural PlayStation 4 Women’s NPL South Australia in 2016, echoed Rigon’s thoughts on the announcement.

“It’s great to lift the profile of the women’s game,” said Kyriacou.

The four Grand Finals will be played at the home of football on Saturday 9th September.

What a finish to the regular season in the National Premier Leagues NSW Women's competition we witnessed on Sunday afternoon. Stoppage time drama at one end and a comfortable win at the other saw the playoff positions get shaken up as Sydney University Football Club officially

A draw between West Adelaide and NTC meant Adelaide City were crowned 2020 WNPLSA Premiers, and they celebrated in style! Cote Rojas produced some more South American magic, while Metro United grabbed a win over Uni.

Round six of the National Premier Leagues NSW Men's competition is in the books, and it was another massive weekend of action around the grounds.  There is a new team in the top spot as Sydney Olympic leapfrogged Sydney FC to move into first place after a dramatic late win aga