Kosmina joins the club on a three-year-deal and will move to Brisbane in September prior to starting training the team in October.

Kosmina, 59, scored 25 goals in over the course of 60 caps for the Socceroos and scored over 100 goals in decade long career in the former National Soccer League. 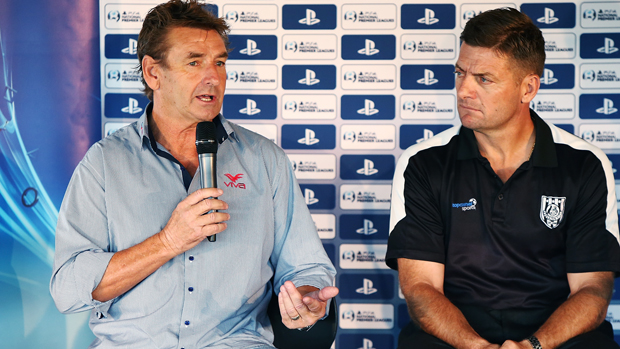 Kosmina said he was excited to be part of Brisbane City and that he sees a bright future based on discussions with Club President David Asnicar.

“When I went to the club luncheon - the way it was organised, the way that David Asnicar spoke about the five year plan - I thought these guys are heading in the right direction,” Kosmina said.

“For clubs at the NPL level to survive, and if they want to corporatise at the second tier, then clubs have to change the way they go about their business and you can really see that happening here.”

Kosmina said while he is eager to assist the club’s public profile, he is under no illusions that his primary role is to ensure the results on the pitch are on par with the advancement behind the scenes.

City are currently on course to record their lowest finish in their brief PlayStation® 4 NPL Queensland history this season, and Kosmina said he is eager to turn that around next year.

“I want to make Brisbane City a force in the NPL in Queensland,” he asserted.

“I didn’t come here to have a holiday - coaching is about getting results at senior level. Obviously it’s about development as well, but if the club is successful on the field it will then become more successful off the field.”