Blacktown City FC have booked a place in the PlayStation 4 NPL 2015 Grand Final after recording a hard-fought 2-1 win over Moreton Bay United FC on Saturday night.

The NSW Premiers produced some of their best football at Lilys Football Stadium but had to survive a second half onslaught from their Football Queensland counterparts to progress to next week's decider.

An unfortunate own-goal from United’s Alex Henderson proved the difference in the end, as it put Blacktown City 2-0 up after Travis Major opened the scoring after just 14 minutes.

City’s Mitchel Mallia was crucial to both, dominating his battle with Jayke Cuschieri over the opening 30 minutes and laying on both goals for the home side with two quality crosses into the danger area.

Before City had taken the lead, Sasa Macura was already dominating the middle of the park, with more than a bit of help from the classy Daniel Araujo, and hit the post after just three minutes as City came out of the blocks flying.

Mallia was threatening early on too, finding Major after five minutes before laying on the all-important ball for the opening goal of the game to Major.

The former Western Sydney Wanderer was at it again after 30 minutes, skinning Cuschieri before slamming another cross into the box, which unluckily deflected off Henderson and into his own goal past a helpless Luke Borean in goal.

Cuschieri was substituted before the restart for Matthew Zappone who was able to limit Mallia’s impact on proceedings.

With a 2-0 lead, City moved into cruise control as a shell-shocked Moreton Bay hung on until half-time to assess the damage.

Whatever United coach Adam Piddick said at half-time had a profound impact on his side as Moreton Bay emerged from the sheds a much better side.

Matthew Capelo and Stephen Green wrestled control of the midfield battle away from their Blacktown counterparts and began to assert United’s authority on the contest.

Moreton Bay scored a deserved goal after 63 minutes to get back into the contest through Green, who did brilliantly to hold up the ball after controlling a misdirected shot in a crowded penalty area, turn his defender and slam the ball past Nenad Vekic in the Blacktown goal.

If Vekic was disappointed to lose his clean sheet, he was crucial to the end result with two crucial interceptions outside his box, the second of which was a brilliant slide tackle on the extremely dangerous Charles Mendy, who proved a thorn in the Blacktown defence’s side all night.

Giorigio Speranza did a fine job containing the lively winger to the limited chances he did, with Vekic on hand to clean up when required.

The goal certainly provoked a response from Blacktown, which worked its way back into the contest admirably, testing Moreton Bay’s Borean on a number of occasions but failing to find a third goal.

Blacktown City coach Mark Crittenden said his side was exceptional in the first half, and despite a strong response from Moreton Bay he was happy with how his side hung onto its narrow lead.

“I thought our first half was exceptional and I think we really moved the ball with pace and had a few good chances,” Crittenden said.

“We knew they’d change it in the second half and they went to a front two and tried to flood the midfield and you expect a good response because they won their Premiership for a reason, so it was a good, tough battle.

“Sometimes it gets a bit ugly, especially when it means something and the last 15 minutes wasn’t great, but we’re happy to be in the Grand Final.” 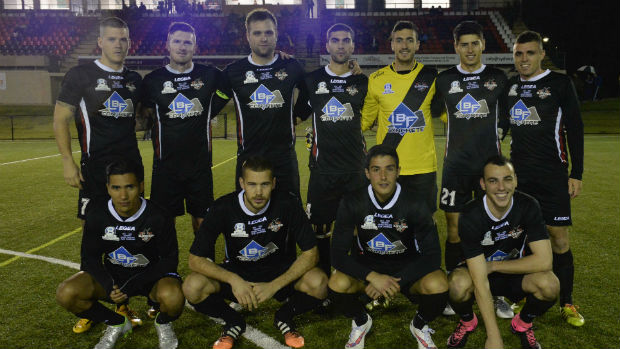