Archie back from USA soon amid transfer confusion

Heidelberg United expects Archie Thompson to be back in Australia this weekend with PS4 Victorian NPL club hopeful they’ll they be able to unveil their new star recruit next week – despite the player's Twitter denials any deal has been done.

www.a-league.com.au understands that the 37-year-old A-League superstar, who was released by Melbourne Victory at the end of last season, is due to return to Melbourne this Saturday from Beverly Hills, where he is holidaying.

Heidelberg have done the paperwork to sign Thompson with the news revealed in the Victorian NPL official list of mid-season transfers on Monday.

However the legendary forward, who’s been inundated with requests since the news surfaced, tweeted this message to his 55,000 followers today (Tuesday) from his official Twitter account.

"Hi Fans, In Beverly Hills land of opportunity.. Have not signed with no club [sic] back in Australia. Watch this space."

United hopes to reveal the signing of Thompson next week, though the former Socceroo is believed to be targeting an A-League return next season and is understood to have received an offer from Malaysia too. 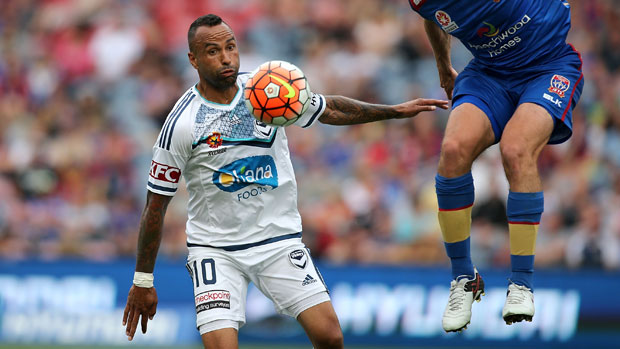 What a finish to the regular season in the National Premier Leagues NSW Women's competition we witnessed on Sunday afternoon. Stoppage time drama at one end and a comfortable win at the other saw the playoff positions get shaken up as Sydney University Football Club officially

A draw between West Adelaide and NTC meant Adelaide City were crowned 2020 WNPLSA Premiers, and they celebrated in style! Cote Rojas produced some more South American magic, while Metro United grabbed a win over Uni.

Round six of the National Premier Leagues NSW Men's competition is in the books, and it was another massive weekend of action around the grounds.  There is a new team in the top spot as Sydney Olympic leapfrogged Sydney FC to move into first place after a dramatic late win aga